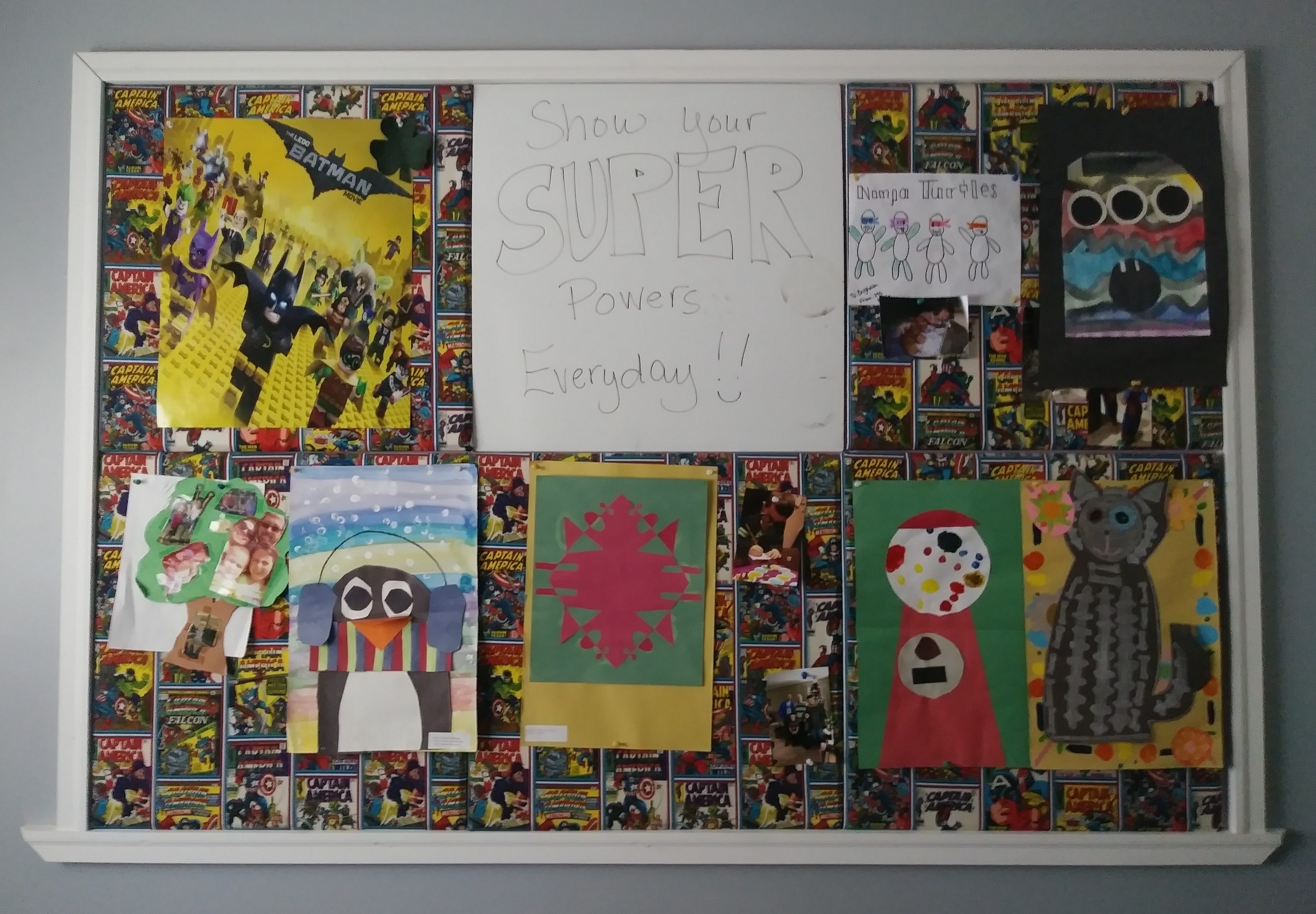 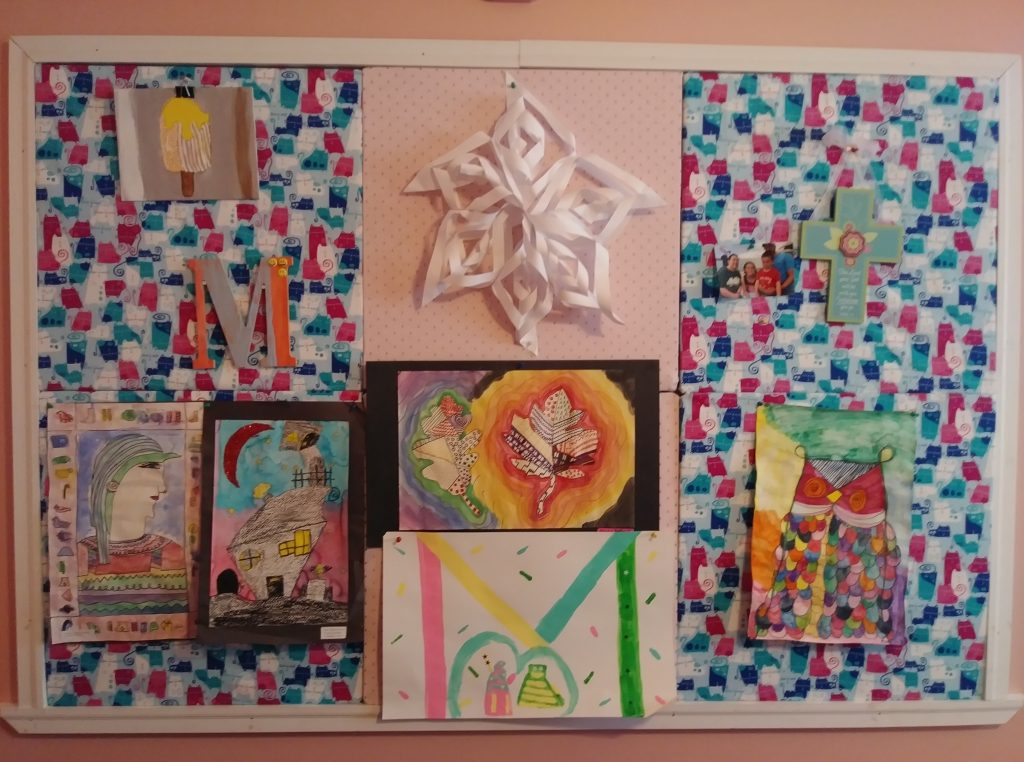 When we moved into this house, the kid’s bedrooms both had this cool board on one wall.  I had so many ideas for what I could make these into, ex – chalkboards, white boards, corkboards.  The kids that had been in this house before us were college-age, so the existing boards were covered in fabric that was floral and had seen better days.

First, I had to figure out what material the fabric was covering.  Luckily, a couple of the blocks in my daughter’s room were falling because the adhesive behind them was no longer good.  I took the fabric off of one of them and was shocked to see that the material was ceiling tiles.  The tiles had been adhered to the wall with double sided foam tape.

I ended up getting updated fabric for each of the kid’s rooms (cats and pink for my daughter and superheroes for my son).  The one in my daughter’s room had one square that was cork, but she decided that she wanted all fabric squares instead.  As I took off the fabric, I found that a couple of the ceiling tiles had broken corners.  I found the ceiling tiles at the local home improvement store for less than $5 a piece……SCORE!

I stapled the new fabric to each of the ceiling tiles and set off to figure out how these could adhere better to the wall.  The tiles aren’t heavy and I wanted something that was flush with the wall so that the kids couldn’t knock them off.  I found Command Hanging Strips on sale and stocked up!!  The only issue that I had was that some of the ceiling tiles that I reused were made of a crumbly type material that the hanging strips didn’t hold on to very well.

I’m very pleased with how they turned out!  The kids love bringing home art projects to hang on there.  My son’s board had a white board block that we kept where I can write him notes and he can doodle.  When their likes change, we can change up the boards pretty quickly and cheaply!