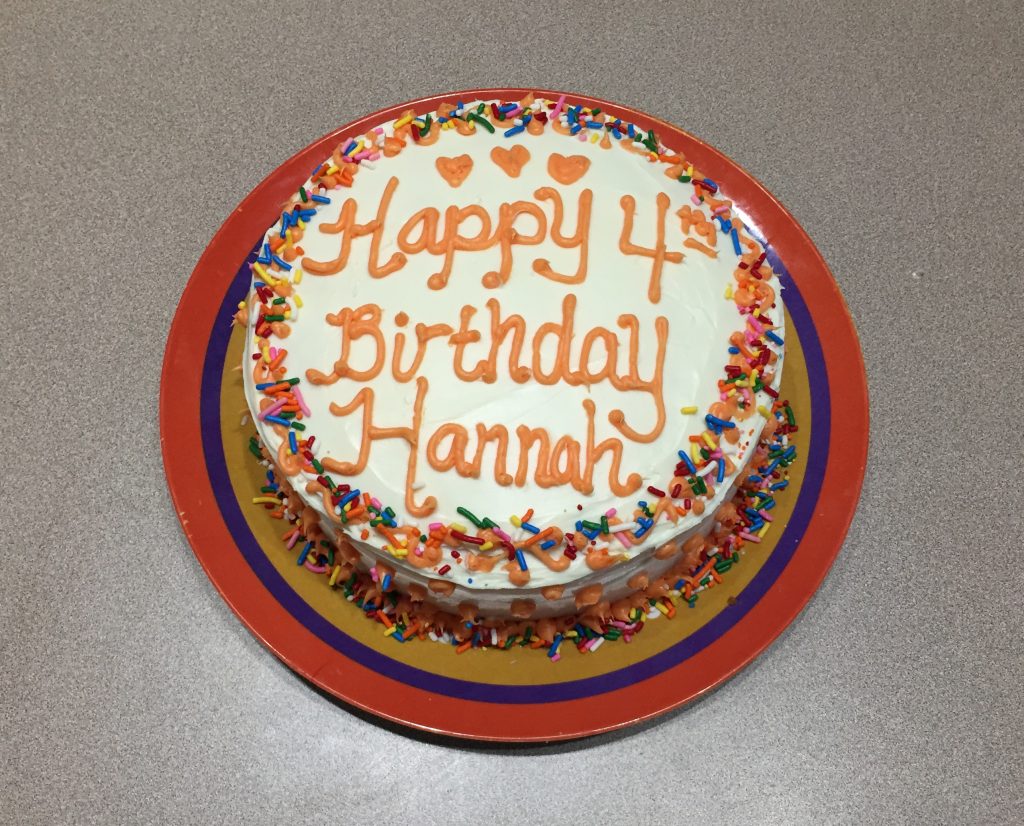 My daughter recently had a birthday and she was very specific about the cake that she wanted so instead of trying to find it we made it together.  She wanted strawberry cake with vanilla frosting.  We found a strawberry mix and poured it into two 8 inch pans baking as instructed on the box.  We sprayed the pans very well so that they would easily come out without falling apart.  After they were done baking, we let them cool in the fridge for a couple hours.  Then it was time for the fun part-  We had some vanilla frosting in tubs that we layered the two cakes onto of each other with a thin layer of frosting and then frosted the entire cake.  That used up two tubs, but I had some left over of a different colored frosting that we used to pipe the wording and then design around the outside we did a lot of dots and swirls and then layered some rainbow sprinkles over the boarder.  It would have been quicker to find a cake but it was a fun project to do together!