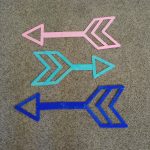 Each year my daughter likes to make her teacher something for Christmas.  This is the first year when she has more than one teacher, so we had to think of something that would be cheap but could be customized for each teacher.  I challenged her to come up with something that would use up some of the arts and craft supplies that we already had.

END_OF_DOCUMENT_TOKEN_TO_BE_REPLACED 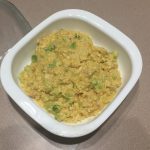 One of my go-to make ahead dinners for the week is this easy and quick cheesy chicken and rice casserole.  Not only is it good but you can easily mix it up with different things added to it. (The part that I like the best about it is the yellow mustard it gives it a unique taste.)

END_OF_DOCUMENT_TOKEN_TO_BE_REPLACED 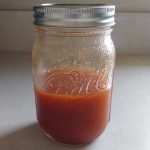 The other thing that I made from the unexpected bounty of cayenne peppers that we got in the farm share was Homemade Frank’s Red Hot.  This recipe doesn’t make very much, but it could easily be doubled, tripled…..you get the idea.  It’s super easy and quick.

END_OF_DOCUMENT_TOKEN_TO_BE_REPLACED

I can’t seem to keep up with Bananas lately before they start getting overly ripe.  I started making Banana Bread because my kids like it but also because it is very easy to make.  Here is a very simple recipe for the Banana Bread I use regularly. You can easily add different ingredients to make it your own. For example, nuts or different kinds of chocolate chips

END_OF_DOCUMENT_TOKEN_TO_BE_REPLACED

My sister gifted me a scrapbook when I first started crafting scrapbooks.  She had made the cover and I slowly added pages of girls trips and events- that we had pictures of us together.  Down the road it will be a gift to someone and I will keep adding to it little by little as I get more pictures of us.  The tricky part is keeping it in a timeline if possible.

END_OF_DOCUMENT_TOKEN_TO_BE_REPLACED 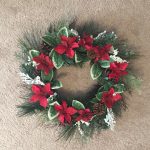 I have made a lot of wreaths to decorate my house specifically for Christmas.  I don’t like them to all be the same and I don’t like to spend a lot of money on decorations so I usually buy the plain wreaths and add floral stems and bows.  I mix up the kind of wreath and items that I add but all of my decorations have the same colors etc. Wreaths are a great way to decorate not only the front door, but can be used in balconies, windows, and above fireplaces.

END_OF_DOCUMENT_TOKEN_TO_BE_REPLACED 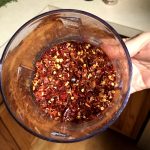 As part of our farm share this summer, we got some cayenne peppers. I had never grown cayenne peppers and really didn’t know what to do with them. I don’t think that many of our fellow farm sharers knew what to do with them either because instead of rationing them out like all the other produce, they were in a box that said “help yourself”. So, I took a bunch……about 200. I did a little research and realized that there were two things that we eat pretty regularly that are made from cayenne peppers……crushed red pepper flakes and Frank’s Red Hot sauce